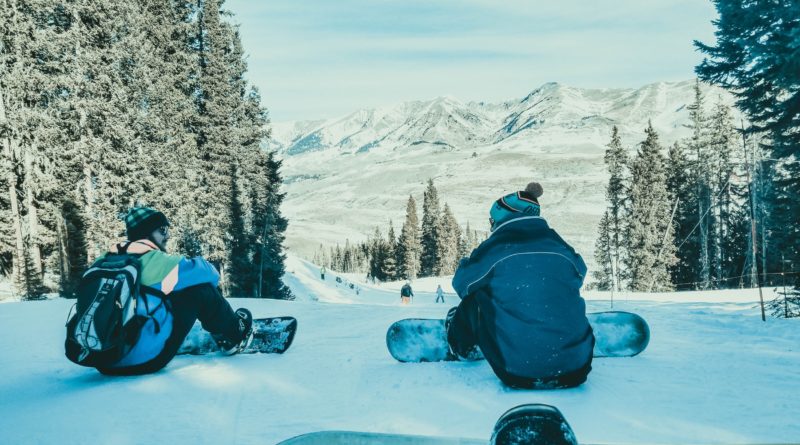 More and more action camera enthusiasts are looking to bolster their action camera accessories with a wearable gimbal. We have noticed a massive increase in the number of people we see reaching out about various action cameras over the last few months and this is only increasing as the months come and go. After publishing a few articles on various wearable gimbals we have noticed a number of people asking specifically for a dedicated Feiyutech WG2 vs WG2X comparison article.

Due to this, we have decided to make the Feiyutech WG series the subject of our article today to try and help as many of our readers in this same situation as possible. Now, before getting into the article we just want to point out that we feel that the Evo SS is the best wearable gimbal on the market at the time of writing and should seriously be considered over both of the Feiyutech gimbals.

We just want to get that out the way as quickly as possible to prevent any of our readers working their way through the full article only to get to the end to see us recommend the Evo SS instead of either of the featured gimbals. We know how frustrating that can be but in our opinion, at the time of writing at least, the Evo SS is the best wearable action camera gimbal on the market right now and it probably has the best reputation amongst community.

Although the Feiyutech WG2X is probably the most popular of the two featured gimbals, we feel that the Feiyutech WG2 is actually the better option for any sport that involves water. This is due to the WG2X only being splashproof whereas the WG2 does have some waterproof capability although only to a depth of around 0.5 meters. Although both of the gimbals only have a small customer base, we also feel that the WG2 has the better reputation between the two featured gimbals.

Now, as usual, we have our regular comparison table below going over some of the key features for both of the gimbals. We then have a short breakdown of the gimbals features just below the comparison table before having our full, in-depth breakdown throughout the rest of the article. We feel that this ensures that our articles meet the needs of our readers who are short on time as well as those who like to read as much as possible about any potential purchase. Both of the gimbals have the same maximum load capacity coming in at 0.28 pounds of total camera payload weight. Although this may not sound like much, it is plenty for the vast majority of popular action cameras at the time of writing. All of the GoPro action camera range are light enough to be mounted and the majority of the Yi Action, SJCAM, and AAE cameras range will also mount to both of the featured gimbal stabilizers without issue.

Now, there are a whole bunch of cheap GoPro alternatives on the market right now and although some of them like the Akaso Brave 4 are actually excellent bits of kit, they are able to keep their price tag so low by using heavier materials in their build quality. This means that many of the entry-level action cameras like the ones in the Akaso and Sunpak ranges are too heavy to be mounted to both the Feiyutech WG2 and the Feiyutech WG2X.

When it comes to the battery life of the gimbals, they both come in at only two and a half hours of battery per full charge of the gimbal battery. Although this may be enough for you and your action sports sessions, competing wearable gimbals like the Evo SS offer better image stabilization than the Feiyutech gimbals, have double the battery life, and are around the same price point.

In our opinion, second only to the average performance of the gimbals, the low maximum battery life potential that is offered by the Feiyutech WG range is the weakest feature. If you are set on going with a Feiyutech gimbal then you can find a number of high output USB power banks that you are able to use to charge your gimbal and your action camera of choice while out and about in your downtime though.

Speaking of recharging, both the Feiyutech WG2 and the Feiyutech WG2X take around three hours to recharge back to full. As you can probably tell already, this means that you are spending more time recharging the gimbal than you actually get out of it from its maximum battery life. Depending on the your action sport of choice, this may not be an issue but we can’t stress enough that you should seriously consider the Evo SS instead.

The actual image quality provided by both the Feiyutech WG2 and the Feiyutech WG2X is very similar due to the majority of the hardware and software in the gimbals being the same. The video flips above offer an accurate and realistic representation of the level of image stabilization the Feiyutech WG can provide for you and the level of performance that you can expect during use.

Now, as you may be able to tell, although the footage is free from lag, there is some slight hand here and there at times that can have an effect on the level of image quality that you are able to capture depending on what you are trying to do. If you are just an amateur action sports enthusiast recording your adventures for fun this is not a problem. If you are trying to get the best possible image quality for clients or for social media channels or YouTube then we feel that the Evo SS is the better option due to its better image stabilization.

The hang is due to the detection and correction system that Feiyutech use in their gimbals as well as the Feiyutech WG series being a few years old now meaning that they are starting to show their age against the competition. The gimbal sensors on the gimbals are pretty solid and rapid to detect movement but slight vibrations may be missed. The balancing algorithm that Feiyutech put in the WG2 and WG2X is solid enough and does its best to work out the optimal correction for the movement before the gimbal motors actually carry out the correction.

Thankfully, as we mentioned earlier in the article, the majority of popular premium level action cameras are lightweight meaning that even though the gimbal motors Feiyutech has used are not high torque, they can easily make the needed corrections. This provides you with some solid video footage that can help to show off your talent and skill in your action sport of choice. As both of these featured Feiyutech stabilizers are wearable gimbals there really is not much in the way of a user interface or control system. This is not something specific to either the Feiyutech WG2 or Feiyutech WG2X though as this is industry standard across all of the gimbals on the market right now. Unlike handheld gimbals, there really is no need for a traditional interface or control system as a wearable gimbal is designed to do one thing and one thing as best as it possibly can.

One thing that we would love to see from Feiyutech in the near future is a massive overhaul of their smartphone app as at the time of writing, it is essentially useless. It is a total nightmare just to sync with their gimbals and if you are able to get the app and your Feiyutech WG2 or Feiyutech WG2X actually synced, there is a pretty high chance that it will randomly drop its connection. On top of this, the navigation menu on the app can be confusing to follow at times making the whole process pretty frustrating.

On the flip side of this though, the Feiyutech smartphone app is not needed for the use of either of the Feiyutech WG series gimbals meaning you can use them effectively without having to download the app. The app is simply a gimbal accessory that is meant to offer some quick access to gimbal settings as well as some limited wireless remote control too. As Feiyutech is having a whole bunch of problems with their latest AK range of gimbals we doubt that fixing the problems with their smartphone app will be high on their to-do list. Realistically, there really isn’t much space left for innovation when it comes to the design of wearable gimbals with the technology that we have available right now. This is not specific to Feiyutech and their wearable gimbals but industry-wide. All of the modern wearable action camera gimbals that are worth your time and money pretty much stick to the same old tried and tested design. This is down to the designs proven ability to provide you with some solid, quick and easy image stabilization and the fact that it is so easy to use.

As the major gimbal brands know that the majority of their users for these action camera wearable gimbals will not be professional level videographers, they know that they need a very simple to use gimbal design. This ensures that everyone who is using a gimbal for the very first time is able to get to grips with it without having to spend hours learning it while also use it effectively with minimal experience.

Moving onto the build quality of both the Feiyutech WG2 and the Feiyutech WG2X, as they are both stabilizers that have been designed for use with various action sports, they have a very robust build quality as you would expect. This ensures that they are tough and robust enough to take any punishment during use that is coming there way without breaking quickly.

As people use the Feiyutech WG series gimbals for everything from snowboarding to downhill mountain biking to skateboarding, as you can imagine, they can end up taking a whole bunch of knocks and bumps. Now, as tough as they are and as with most wearable gimbals, there is a trade-off as making a robust gimbal usually means heavier materials and a heaver gimbal weight.

In all fairness though, as the vast majority of action cameras are so light the slightly heavier than expected weight of the gimbals is offset by the low weight of the cameras. This means that you can wear the gimbal or mount it to wherever you need to mount it without issue or without having an effect on its performance. All in all, Feiyutech has done a solid job of ensuring that both the Feiyutech WG2 and Feiyutech WG2X are as tough as needed to do their jobs.

That brings us to the end of our Feiyutech WG2 vs WG2X comparison article and as you may expect, we would still like to urge our readers to consider adding the Evo SS wearable gimbal to their collection of camera accessories instead of either the Feiyutech WG2 or Feiyutech WG2X as in our opinion, it is a much better gimbal with much better performance that retails at a similar price point.