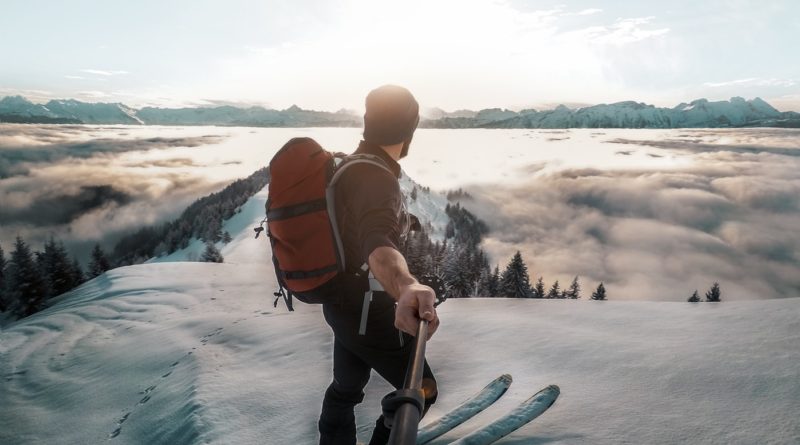 Out of all the mirrorless cameras that have been released onto the market over the years, one of the most popular is without a doubt the Sony a6000. Although the other mirrorless cameras in the Sony Alpha range are gaining more and more popularity as the months come and go, the a6000 is still the most popular and by a long shot too. As you would expect for any camera body that is as popular as the a6000, we are seeing more and more people reaching out with various questions on-camera accessories that can help improve their image quality when using their a6000.

Now, we have seen a steadily increasing number of people over the last few weeks reaching out and asking for advice on the best selfie stick for Sony a6000 cameras. As you can probably guess, the vast majority of the first and second generation selfie sticks are totally useless for a mirrorless camera due to it being much heavier than a smartphone or action camera.

Thankfully though, there is hope, The Fugetek FT-568 is a next-generation selfie stick that can easily support the 0.76 payloads of your a6000 as well as all commonly used setups for it too. This ensures that you are able to capture that selfie that you want with your a6000 without having to worry about the stick-breaking or buckling during use and sending your a6000 to the ground.

Since its release onto the market, the Fugetek FT-568 has proven to be a very popular option within the community and has earned itself an excellent reputation too. This is largely due to its very robust and tough build quality ensuring that it can make easy work of mirrorless and come DSLR cameras in addition to smaller items like smartphones and action cameras. It already has a number of Sony a6000 owners using it as their go-to selfie stick of choice and can make a great addition to your collection of camera accessories. As we mentioned above, the Fugetek FT-568 is a next-generation selfie stick that is made from a superior quality aluminum alloy that many professional-level tripods and monopods use. Not only does this keep the selfie stick as strong and light as possible but it also ensures that it keeps its structural integrity during use too. This offers peace of mind for anyone who does use a heavier camera rig like the Sony a6000 with the selfie stick as it ensures the stick does not break.

In addition to this, the aluminum alloy that the stick is made from is rigid and very durable ensuring that you are able to quickly and easily capture wobble-free selfies with ease. If you are a vlogger or a social media influencer then this can be a great help as due to the fact that many places you will be wanting to capture a selfie will have a large number of tourists around. The time frame that you are actually able to capture your selfie without having other tourists in the frame can be very small so the speed and ease of the Fugetek FT-568 is a great feature.

The stick also has a maximum length of forty-nine inches making it one of the longest selfie sticks on the market at the time of writing. In addition to this, the FT-568 does not lose any of its strength or durability the longer you have it extended either. This is one of the main advantages of the Fugetek FT-568 over the compeating next-generation selfie sticks on the market that can support the a6000. Most of the other sticks list mirrorless cameras as being supported but if you read the small print it will only say up to a set length whereas the FT-568 supports them even when fully extended.

The Fugetek FT-568 also comes with a Bluetooth remote as standard that provides you with some wireless remote control functionality and the ability to trigger your a6000 from the selfie sticks handle. Please note, the Bluetooth remote that comes with the FT-568 comes face down in its holder in the handle when shipped to prevent damage. We see a large number of reports of people thinking that their remote is missing but it is just facing inwards and blends in with the sticks handle.

One of the main weaknesses of the traditional first and second-generation selfie sticks is that they lack a standard quarter-inch mounting thread that you require to mount your Sony a6000 to the actual stick. These next-generation selfie sticks that we feel the Fugetek FT-568 is the best option for do have a quarter-inch mounting thread allowing you to quickly and easily mount your a6000 to the stick without issue.

As the FT-568 also comes with a number of smartphone and action camera mounts as standard you can simply mount them to the quarter-inch mounting thread when needed then mount your phone or action camera. The smartphone mount is actually better than many of the compeating selfie sticks too as it can support smartphones that are up to 4.2 inches long with the competition usually only supporting sub-four inch phones.

When you factor all of this in, it is easy to see why the Fugetek FT-568 is such a popular selfie stick that has an absolutely massive customer base. Due to its excellent performance, many people who own the FT-568, including a number of other Sony a6000 users have posted so many excellent, glowing reviews of the stick that offers some great insight into its performance and how well it can do. One of the best features of the Fugetek FT-568 is the fact that it is extremely lightweight, small and robust. The robust nature of the stick is without a doubt one of, if not the most important reason that it is such a popular selfie stick for cameras like the Sony a6000 as it is strong enough to support the camera with ease. It is actually made from the exact same aluminum alloy that many of the high end, professional level tripod are made from to ensure that it is as light as it possibly can be while also being tough enough to hold some very heavy camera rigs.

The stick comes in at only 10 oz with dimentions of 16.5 x 2 x 2 inches when collapsed making it very easy to carry with you when not in use. You can easily add it to a bag or backpack without having to use much space at all, the Fugetek FT-568 can even easily ba carried in your hand if your dont have a bag with you too ensuring that it is as easy to travel with as possible.

The handle on the stick is also made from reinforced, non-slip rubber to offer a very comfortable hold, even when supporting heavy weights like a mirrorless camera such as your a6000. Another improvement to the first and second generation selfie sticks that Fugetek have added to the FT-568 is the non-slip handle to ensure that you can get a firm, solid hold on the stick in all conditions without having to risk the stick dropping out of your hand.

Fugetek have also developed their own fliplock system that is very similar to what professional level tripod brands such as Manfrotto use on their tripods to ensure that each section of the stick holds it possition. The fliplocks are very easy to lock in place too and can be locked or unlocked within seconds to ensure that you are able to save time when capturing your selfies.

That concludes our article going over what we feel is the best selfie stick for Sony a6000 cameras currently available on the market. The Fugetek FT-568 really is a no brainer and can make an excellent addition to your Sony a6000 camera accessories and provide you with some great image stabilization. If you are yet to make your mind up though then there are a ton of independent reviews of the Fugetek FT-568 that you can read for an external, third-party insight into the stick from photographers who use it on a regular basis.