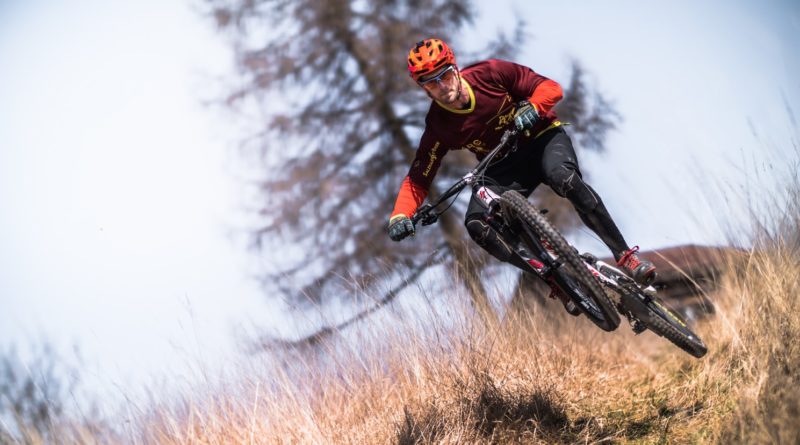 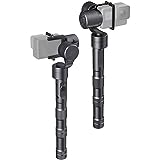 Welcome to our ultimate Zhiyun Z1 Evolution review that we have finally found the time to publish after having a bunch of articles lined up over the last few months. Although the Zhiyun Z1 Evolution is a pretty old gimbal, it has failed to take off as well as the rest of the Zhiyun handheld gimbal range for a number of reasons. That said, it still has a pretty solid reputation within the community although growth of its customer base has definatley dies off.

We feel that this is due to the fact that the Zhiyun Z1 Evolution is limited to use with action cameras only where as the modern, similar priced, and much more popular Zhiyun Smooth 4 is designed for smartphones but can be used with action cameras via the action camera adapter plate. Additionally, the Smooth 4 is in a very similar price bracket to the Zhiyun Z1 Evolution but has better technology offering better image stabilization and superior image quality. Its reputation in the community is also second to none.

Due to this, we would highly recommend that our readers check out the Zhiyun Smooth 4 over the Zhiyun Z1 Evolution as it is a much better 3 axis gimbal stabilizer. That said, some people may still want to go ahead with the Zhiyun Z1 so we will still be going over our full review of the handheld gimbal still to help any of our readers who want to go with the Z1 over the Smooth 4.

Additionally, there are a large number of third-party, cheap GoPro alternatives that essentially duplicate the dimensions and form factor of the GoPro hero range. Although these are not officially listed as supported action cameras with either of the gimbals above, if they match the GoPro dimentions then they should work with both gimbals without issue. Moving onto the performance and functionality of the Zhiyun Z1 Evolution, although many people instantly think that a 0.31-pound maximum load capacity is too low, it is actually slightly higher than the industry average for action camera gimbals. This is plenty to support the weight of the whole GoPro action camera range at the time of writing and we doubt that the coming generations of GoPro Heros will be heavier than the current generation.

This means that the Zhiyun Z1 essentially future proofs you against future action camera releases. We know a whole bunch of action sports enthusiasts and most of them upgrade their GoPro every year or two and knowing that you won’t have to update your gimbal to meet the needs of your new action camera offers peace of mind. Now, just a quick disclaimer, this is just our opinion and based on the fact that the last few generations of GoPro gimbal have either remained at the same weight or been lighter than the previous generation.

In our opinion, the largest advantage than the Zhiyun Z1 has over the rest of the action camera gimbals on the market right now is its massive twelve-hour maximum battery life! Although the official GoPro Karma Grip is a great bit of kit, its maximum battery life is less than two hours!

The massive battery life of both the Zhiyun Z1 Evolutionand the Zhiyun Smooth 4 ensure that the gimbal will last long enough for you to capture all the video footage that you require while you are off on your adventures. Another solid feature of the Z1 is that it supports two way charging and is able to charge some action cameras via its power outlet helping ensure your action camera has the juice to keep going too.

The sample video footage in the clips above has been recorded using the Zhiyun Z1 Evolution and shows off just how good the image stabilization on the gimbal actually is. As you can see, the footage is butter smooth and does a great job of ensuring that you are capturing the absolute best image quality possible. If you are planning to use your video footage to try and grow social media profiles or a YouTube channel then the better image quality can really help you stand out from your competition too.

Although the Zhiyun Z1 Evolution is a few years old now, the gimbal motors that Zhiyun used in the gimbal are excellent and quickly adjust to any movement. The Zhiyun balancing algorithm is without a doubt one of the best out there right now and it is leaps and bounds ahead of the majority of the competition too.

As you would expect from a Zhiyun gimbal, the Z1 Evolution also supports a number of different gimbal modes to help improve its performance during use. Additionally, you are also able to use these modes to your advantage to help capture better video footage for certain tasks too. All in all, when it comes to performance, the Z1 is still a great option and can hold its own against many of the more modern gimbals from the competition.

That said though, we still feel that the Zhiyun Smooth 4 with an action camera adapter plate fitted is the better option. The newer technology and higher torque gimbal motors put it at the top of the list of action camera gimbals with superior performance to everything else available on the market at the time of writing. Now, there is no denying that the control interface on the Zhiyun Z1 Evolution is very basic and even for a few years back when it was initially released, it is most definatley lacking an in our opinion, is probably the weakest area of the gimbal. That said though, Zhiyun are well aware that the majority of people looking to purchase a GoPro gimbal are not videographers and have no need for an advanced gimbal stabilizer.

It could be argued that the control interface on the Z1 Evolution is basic by design to ensure that it is as easy to use as possible. Many people looking to purchase the Z1 will be first-time gimbal owners and rather put their time into their action sport of choice rather than learning the ins and outs of their new gimbal stabilizer.

The control system on the Z1 is so basic and straight forward that you can literally understand the basic concept of in by just looking at it. This ensures that you are able to get the most out of the gimbal with minimal time investment required on your part. For its target market, we feel that this is a pretty solid choice as there is no need to put a professional level control interface like the Zhiyun Crane 3 uses on a simple, entry-level handheld gimbal stabilizer for action cameras. Now, the Zhiyun smartphone app used to be almost unusable until the recent overhaul that corrected a number of connectivity issues and tweaked the navigation menu to make it a little easier to use. Now, unfortunately, the app offers limited functionality for the Zhiyun Z1 Evolution but we are hoping that this will change in the future via a gimbal firmware update.

The smartphone app is able to provide some excellent wireless remote control functionality for some of the other gimbals in the Zhiyun range. On top of this, it also offers a quick and easy way to tweak the key settings on the gimbals as required. It would be nice to see this functionality added to the Z1 but at the time of writing, it is not available.

As the Z1 is designed for use with action sports, Zhiyun has ensured that the control system on the gimbal is still as responsive as ever even when used with wet or cold hands. As many action sports involve water or snow, this is a nice little feature to have added to ensure the control interface will work in all conditions.

On a quick side note though, just because the system remains responsive with wet hands does NOT mean that it is waterproof! The Zhiyun Z1 Evolution should never be fully submerged in water as it does not have the correct sealing and the water damage will permanently break the gimbal stabilizer. Coming from Zhiyun, you can rest assured that that Z1 Evolution has one of the best build qualities going. Not only has the gimbal been specifically designed to be as lightweight and easy to carry as possible but it also has been designed to be as robust as it can be. Due to being designed for use with action cameras in extreme sports, the robust nature of the Z1 is essential and can save your gimbal from the bumps and knocks that are coming its way during use.

Additionally, the gimbal handle on the Z1 is very comfortable and unlike some other action camera gimbals at this price point on the market, you can comfortably hold it for long periods of time without discomfort. If you are planning on being out and about for long periods of time this is a great feature to have as it ensures you can capture all of your session without issue.

When it comes to the actual design of the Z1, it pretty much fits the same handheld gimbal design that the majority of other 3 axis gimbals on the market use these days. The basic design ensures optimal performance from the gimbal while ensuring that your action camera has a full range of movement while mounted.

Zhiyun have perfected the balancing process for their gimbals and it really couldn’t be easier on the Z1. Not only does the gimbal come with the simple balancing system that Zhiyun has developed but due to the majority of action cameras being sub 0.3 pounds Zhiyun has been able to ensure the system is as easy to possible by tweaking the gimbal to expect such a light payload.

Most of the issues people have with balancing their gimbals is with the larger handheld gimbals like the Zhiyun Weebill Lab that have a variable load capacity and can take a wide range of different camera payloads. Due to all camera setups for the Z1 being so light, this is not an issue for the gimbal.

Question – Can I mount my smartphone to the Zhiyun Z1 Evolution?

Answer – No, the mounting bracket is framed and will only fit Gopro and Yi action cameras as well as other action cameras that use their form factor.

Answer – No, as we mentioned earlier, the gimbal is not waterproof and should never be submerged in water during use.

Question – Can the gimbal be mounted to equipment?

Answer – Just like many action camera gimbals, there are a number of third-party accessories that allow you to mount the Z1 to various equipment used for action sports such as bikes, chest mounts, and helmets.

That brings our Zhiyun Z1 Evolution review to a close and although the Z1 is a decent gimbal, the Zhiyun Smooth 4 is much better in our opinion and when coupled with the action camera adapter plate offers the same functionality as the Z1 along with its regular smartphone functionality too.

We would highly recommend that our readers seriously consider the Smooth 4 over the Z1 and a number of independent users of the Smooth 4 have posted their own third-party reviews online that you can read if you wish. They offer a great insight into the performance of the Smooth 4 from people who have used it as their goto gimbal of choice for an extended period of time. If you have the time available, they are well worth reading in our opinion.